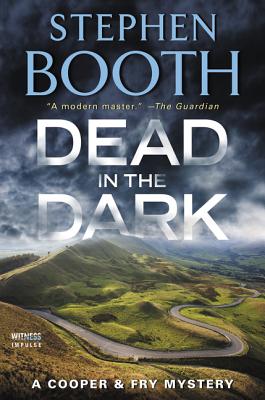 How do you prove a murder without a body?

Ten years ago, Reece Bower was accused of killing his wife, a crime he always denied. Extensive police searches near his home in Bakewell found no trace of Annette Bower's remains, and the case against him collapsed.

But now memories of the original investigation have been resurrected for Detective Inspector Ben Cooper - because Reece Bower himself has disappeared, and his new wife wants answers.

Cooper can't call on the Major Crime Unit and DS Diane Fry for help unless he can prove a murder took place - impossible without a body. As his search moves into the caves and abandoned mines in the isolated depths of Lathkilldale, the question is: who would want revenge for the death of Annette Bower?

Stephen Booth's fourteen novels featuring Cooper and Fry, all to be published by Witness, have sold over half a million copies around the world.

“A modern master of rural noir.” — The Guardian

“Ben Cooper and Diane Fry are the most interesting crime team to arrive on the mystery scene in a long while.” — Rocky Mountain News

“Booth delivers some of the best crime fiction in the UK.” — Manchester Evening News

“Booth’s aim is to portray the darkness that lies beneath the surface . . . in this he succeeds wonderfully well.”— — Daily Mail (London)