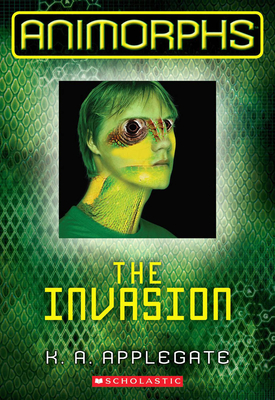 This is book number 1 in the Animorphs series.

The wildly popular books by K.A. Applegate are back! The Animorphs return in this update of the classic series.The Earth is being invaded, but no one knows about it. When Jake, Rachel, Tobias, Cassie, and Marco stumble upon a downed alien spaceship and its dying pilot, they're given an incredible power -- they can transform into any animal they touch. With it, they become Animorphs, the unlikely champions in a secret war for the planet. And the enemies they're fighting could be anyone . . . even the people closest to them.

K.A. APPLEGATE is the author of the bestselling Animorphs series, as well as the Remnants and Everworld series, Home of the Brave, and the Roscoe Riley Rules series. She lives in Tiburon, California.