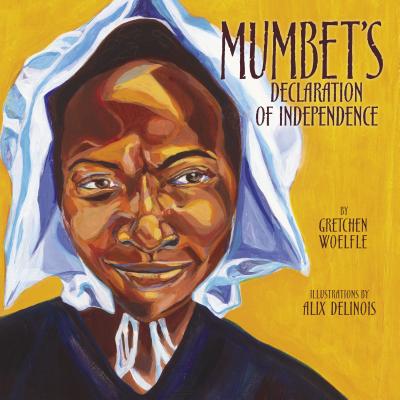 All men are born free and equal.

Everybody knows about the Founding Fathers and the Declaration of Independence in 1776. But the founders weren't the only ones who believed that everyone had a right to freedom. Mumbet, a Massachusetts enslaved person, believed it too. She longed to be free, but how? Would anyone help her in her fight for freedom? Could she win against her owner, the richest man in town?

Mumbet was determined to try.

Mumbet's Declaration of Independence tells her story for the first time in a picture book biography, and her brave actions set a milestone on the road toward ending slavery in the United States.

The case is fascinating, emphasizing the destructive irony at the heart of the birth of America and making Mumbet an active and savvy architect of her own release, and this is likely to spur much discussion. --The Bulletin of the Center for Children's Books