Fighting for the Higher Law: Black and White Transcendentalists Against Slavery (America in the Nineteenth Century) (Hardcover) 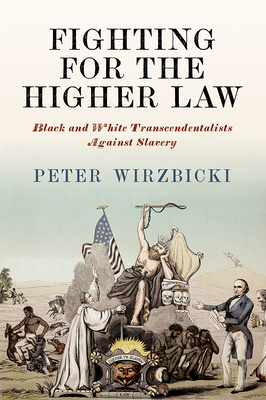 By Peter Wirzbicki
$39.95
NOT CURRENTLY IN THE STORE - Available to Order - Usually Arrives in Store in 1-5 Business Days!

In Fighting for the Higher Law, Peter Wirzbicki explores how important black abolitionists joined famous Transcendentalists to create a political philosophy that fired the radical struggle against American slavery.

In the cauldron of the antislavery movement, antislavery activists, such as William C. Nell, Thomas Sidney, and Charlotte Forten, and Transcendentalist intellectuals, including Ralph Waldo Emerson and Henry David Thoreau, developed a Higher Law ethos, a unique set of romantic political sensibilities--marked by moral enthusiasms, democratic idealism, and a vision of the self that could judge political questions from higher standards of morality and reason. The Transcendentalism that emerges here is not simply the dreamy philosophy of privileged white New Englanders, but a more populist movement, one that encouraged an uncompromising form of politics among a wide range of Northerners, black as well as white, working-class as well as wealthy. Invented to fight slavery, it would influence later labor, feminist, civil rights, and environmentalist activism.

Peter Wirzbicki is Assistant Professor of History at Princeton University.