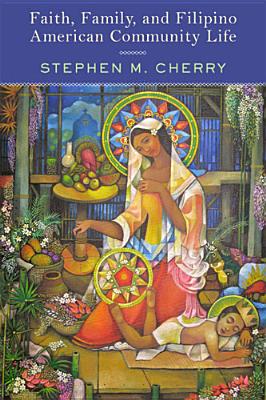 By Stephen M. Cherry
$36.70
NOT CURRENTLY IN THE STORE - Available to Order - Usually Arrives in Store in 1-5 Business Days!

Stephen M. Cherry draws upon a rich set of ethnographic and survey data, collected over a six-year period, to explore the roles that Catholicism and family play in shaping Filipino American community life. From the planning and construction of community centers, to volunteering at health fairs or protesting against abortion, this book illustrates the powerful ways these forces structure and animate not only how first-generation Filipino Americans think and feel about their community, but how they are compelled to engage it over issues deemed important to the sanctity of the family.

Revealing more than intimate accounts of Filipino American lives, Cherry offers a glimpse of the often hidden but vital relationship between religion and community in the lives of new immigrants, and allows speculation on the broader impact of Filipino immigration on the nation. The Filipino American community is the second-largest immigrant community in the United States, and the Philippines is the second-largest source of Catholic immigration to this country. This ground-breaking study outlines how first-generation Filipino Americans have the potential to reshape American Catholicism and are already having an impact on American civic life through the engagement of their faith.

STEPHEN M. CHERRY is an assistant professor of sociology at the University of Houston–Clear Lake. He is coeditor of Global Religious Movements across Borders: Sacred Service.

"Well-written and informative, this book is an incredibly in-depth, sensitive look into the worlds of Filipino lives, families, and religious practices. Using multiple sources of data, Cherry puts Filipino religious lives in context, helping us get up-close views that bring social patterns to life."

"Cherry's book captures the heartbeat of the Filipino immigrant community in America by its focus on how religion and family impact American civic life and the future of American Catholicism."
— Helen Rose Ebaugh

"Using interviews and surveys, sociologist Cherry presents a thick description and analysis of the interplay of faith, family, and community life among the first generation of Filipino Americans in Houston, Texas. A significant contribution to immigration, ethnic/multicultural, Asian American, and religious studies. Highly recommended."

"Cherry’s work is an important contribution to the literature on immigrant religion and religious communities. This work is suitable for multiple readerships from undergraduate studies and graduate seminars in religion, race or ethnicity, culture, and Asian American studies."
— American Journal of Sociology

"A clear and honest examination of the Filipino Catholics in America. Cherry has provided a valuable contribution to the study of Asian Americans, migration, and religion."
— Review of Religious Research

"Stephen Cherry offers readers a close look at an immigrant group in the United Statesvthat has been significantly understudied relative to its size and importance. Cherry makes a strong argument for the significant impact of the Filipino-American community on American civic life and on
American Catholicism."
— Journal for the Scientific Study of Religion