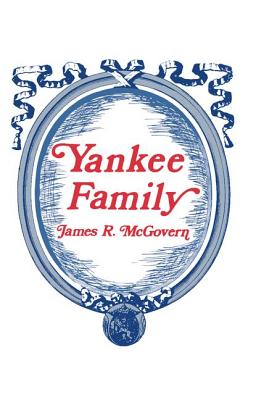 By James McGovern
$63.54
NOT CURRENTLY IN THE STORE - Available to Order - Usually Arrives in Store in 1-5 Business Days!

The voluminous records of the Pierce and Poor families weave a story that runs from the late eighteenth century until World War I. The extent and qual-ity of their source materials, and their positions as representative middle-class to upper-middle-class New England families, make these subjects of Yankee Family particularly well suited for analyzing processes of continuity and change. McGovern reviews the life-styles of the Pierce and, Poor families both on the frontier and in the Boston area, and focuses on the cross-generational changes in these styles.

The study begins with John Pierce at Harvard in the 1790s and follows through to the first decade of the twen-tieth century. The author shows how the "Yankee" mentality, an outgrowth of New England Puritanism, contributed to the family's rise to success, but con-cludes that by the early twentieth cen-tury the Yankee life-style was ending, a victim of social and economic changes in American society that were rendering it irrelevant.

Until recently historical scholarship on the American family has been static. Apart from long-standing predilections of historians for political history, there were also theoretical and meth-odological problems deterring schol-arship on the American family. But McGovern's approach holds great promise; it is more sensitive than quan-tification studies to the impact of change on a wider range of human expe-riences because it is inevitably more personal. While this type of family his-tory rewards students of social change, it also affords important insights on con-tinuity. It reveals the existence of a family style which adapts to change with a special corpus of family wisdom, al-ways finding a way to exercise its "known" amidst constant flux - thus mitigating some of the effects of change.