I Freed Myself: African American Self-Emancipation in the Civil War Era (Paperback) 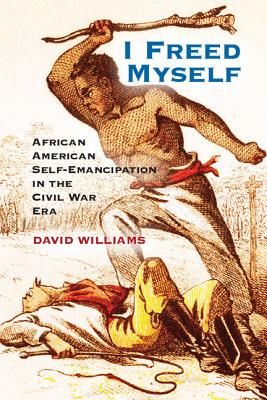 By David Williams
$27.99
NOT CURRENTLY IN THE STORE - Available to Order - Usually Arrives in Store in 1-5 Business Days!

For a century and a half, Abraham Lincoln's signing of the Emancipation Proclamation has been the dominant narrative of African American freedom in the Civil War era. However, David Williams suggests that this portrayal marginalizes the role that African American slaves played in freeing themselves. At the Civil War's outset, Lincoln made clear his intent was to save the Union rather than free slaves despite his personal distaste for slavery, he claimed no authority to interfere with the institution. By the second year of the war, though, when the Union army was in desperate need of black support, former slaves who escaped to Union lines struck a bargain: they would fight for the Union only if they were granted their freedom. Williams importantly demonstrates that freedom was not simply the absence of slavery but rather a dynamic process enacted by self-emancipated African American refugees, which compelled Lincoln to modify his war aims and place black freedom at the center of his wartime policies.