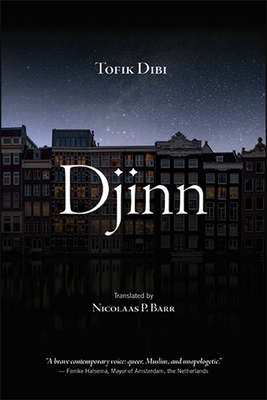 From a young age, Tofik Dibi feels "it"-a spirit, or djinn, that follows him everywhere. Where "it" goes, "they" go-his classmates, his colleagues, all the people who fear and hate "it," his homosexuality. The son of Moroccan immigrants, Dibi was elected to the Dutch Parliament in 2006 at just twenty-six years old. During his six years in office, he fought for the equal rights of Dutch Muslims against a political elite that cast them as misogynists, homophobes, and, after 9/11, terrorists. But Dibi himself never came out publicly as queer-until he wrote Djinn. A bestseller upon its publication in Dutch in 2015, it tells the poignant, at times heartbreaking, story of Dibi's coming-of-age as a gay Muslim man with humor and grace. From his Amsterdam childhood to his experiences in New York City clubs and internet chatrooms to his unlikely political ascent, Djinn explores contemporary issues of race, religion, sexuality, and human rights in and beyond Europe. Yet it also promises readers who may not see themselves reflected in popular culture-like Dibi as a young man-an all-too-rare sense of visibility and recognition.

Tofik Dibi is an author and playwright who served as Member of Parliament in the Netherlands from 2006 to 2012. Nicolaas P. Barr teaches in the Department of Comparative History of Ideas at the University of Washington.