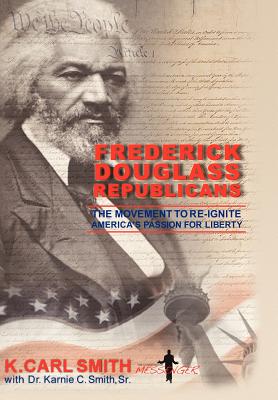 By K. Carl Smith, Dr Karnie C. Smith Sr (With)
$23.99
NOT CURRENTLY IN THE STORE - Available to Order - Usually Arrives in Store in 1-5 Business Days!

Frederick Douglass is an iconic historical figure whose noble qualities are visible in the lives of four major Biblical characters:

Like Joseph, who was sold into slavery by his brothers and later became second-in-command of Egypt. Douglass was born into slavery and served as an advisor to five US presidents.

Like Moses, who liberated the Israelites from Egypt by confronting Pharaoh. Douglass fought to liberate blacks from slavery by agitating President Lincoln.

Like Paul, who wrote the majority of the New Testament and composed letters that changed the world. Douglass authored three books and penned thousands of articles, speeches, and editorials that transformed the nature of politics in America.

Like Jesus, who forgave those who nailed Him to the cross and yes He died for the salvation of humanity. Douglass forgave his slave masters and dedicated his life for the liberation of all people.

For these reasons and more, Douglass' political and social principles can heal our nation. Frederick Douglass-the role model for the next generation-the "Quintessential Conservative."