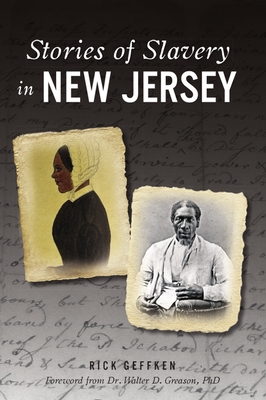 By Rick Geffken, Walter D. Greason Phd (Foreword by)
$21.99
NOT CURRENTLY IN THE STORE - Available to Order - Usually Arrives in Store in 1-5 Business Days!

Dutch and English settlers brought the first enslaved people to New Jersey in the seventeenth century. By the time of the Revolutionary War, slavery was an established practice on labor-intensive farms throughout what became known as the Garden State. The progenitor of the influential Morris family, Lewis Morris, brought Barbadian slaves to toil on his estate of Tinton Manor in Monmouth County. Colonel Tye, an escaped slave from Shrewsbury, joined the British Ethiopian Regiment during the Revolutionary War and led raids throughout the towns and villages near his former home. Charles Reeves and Hannah Van Clief married soon after their emancipation in 1850 and became prominent citizens of Lincroft, as did their next four generations. Author Rick Geffken reveals stories from New Jersey's dark history of slavery.