Jim Bridger: The Life and Legacy of America's Most Famous Mountain Man (Paperback) 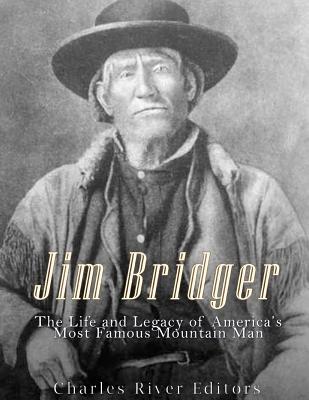 By Charles River Editors
$9.99
NOT CURRENTLY IN THE STORE - Available to Order - Usually Arrives in Store in 1-5 Business Days!

*Includes pictures *Includes Bridger's quotes about his expeditions *Includes online resources and a bibliography for further reading Exploration of the early American West, beginning with Lewis and Clark's transcontinental trek at the behest of President Thomas Jefferson, was not accomplished by standing armies, the era's new steam train technology, or by way of land grabs. These came later, but not until pathways known only to a few of the land's indigenous people were discovered, carved out, and charted in an area stretching from the eastern Rocky Mountains to the Pacific Ocean, and the present-day borders of Mexico and Canada. Even the great survey parties, such as Colonel William Powell's exploration of the Colorado River, came decades later. The first views of Western America's enormity by white Americans were seen by individuals of an entirely different personality, in an era that could only exist apart from its home civilization. The American mountain man, with his practical skills, could endure isolation in a way most could not. He lived in constant peril from the extremes of nature and from the hostilities of cultures unlike his own. In an emergency, assistance was rarely available, and he rarely stayed in one place long enough to build even a simple shelter. Travel in the American West relied upon a specific calendar, and to ignore it could be fatal, as many discovered, to their misfortune. Winter in the mountainous regions of the Rocky Mountains and Cascades was lethally cold to explorer and settler alike, but desert areas and grass plains presented difficulties as well. The network of rivers flowing west of the Mississippi on both sides of the continental divide served as early highways to the Wyoming and Montana regions, the Oregon Territory, Utah and Colorado, and the California southwest. Some were placidly tranquil, while others raged through the extreme elevations, all but defying navigation. Contact with indigenous tribes was problematic enough with linguistic and cultural barriers, but to survive, there required a sensitivity to tribal food sources and sacred areas when traveling. Apart from such realities, the mountain man's poetically obsessive kinship with undiscovered lands and unspoiled nature, free from society's trappings, was secondary. The aesthetic aspect was a luxury to be enjoyed once work had been done and safety assured. Distant observers who heard or read of the journey were fascinated with the peripheral glamour, but not enamored of the work's grisly nature. A small group of individuals have come down to us as famous figures from the fur trapping era of the 19th century, but explorer and guide Jim Bridger is the most distinguished of the lot. This is because he remained in a dangerous and vast Western wilderness long after the fur trade's demise in addition to powers of observation enabling him to create accurate maps decades after passing through any terrain.