The Persistence of Slavery: An Economic History of Child Trafficking in Nigeria (Childhoods: Interdisciplinary Perspectives on Children and Y) (Hardcover) 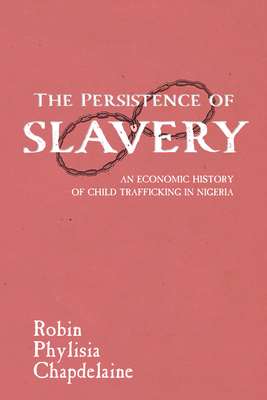 By Robin Phylisia Chapdelaine
$99.00
NOT CURRENTLY IN THE STORE - Hard to Find - We Will Research Availability and Get Back to You

Despite efforts to abolish slavery throughout Africa in the nineteenth century, the coercive labor systems that constitute "modern slavery" have continued to the present day. To understand why, Robin Phylisia Chapdelaine explores child trafficking, pawning, and marriages in Nigeria's Bight of Biafra, and the ways in which British colonial authorities and Igbo, Ibibio, Efik, and Ijaw populations mobilized children's labor during the early twentieth century. Drawing on a wealth of primary sources that include oral interviews, British and Nigerian archival materials, newspaper holdings, and missionary and anthropological accounts, Chapdelaine argues that slavery's endurance can only be understood when we fully examine "the social economy of a child"--the broader commercial, domestic, and reproductive contexts in which children are economic vehicles. The Persistence of Slavery provides an invaluable investigation into the origins of modern slavery and early efforts to combat it, locating this practice in the political, social, and economic changes that occurred as a result of British colonialism and its lingering effects, which perpetuate child trafficking in Nigeria today.