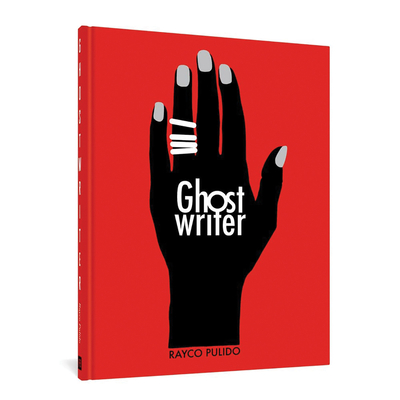 Barcelona, 1943. As a scriptwriter for a popular radio advice column, Laia is embroiled in the romantic entanglements of others. Each day, she reads letters from troubled wives and girlfriends recounting their partners’ abuses and tries her best to counsel them. In contrast, her own life seems perfectly ordered, with a devoted husband and a baby on the way. But when the city is terrorized by a vengeful killer, who leaves behind cryptic messages in blood alongside the mutilated bodies of married men — while at the same time, Laia’s husband goes missing — her world begins to come apart. Desperate to find her husband, she turns to Mauricio, a private eye practiced in hypnosis. During the course of his investigations, Mauricio soon suspects that there may be more to this unassuming young woman than meets the eye. Rendered in a clean-line chiaroscuro style and masterfully paced, Ghostwriter takes the reader on a wild ride full of twists and turns right through to its thrilling conclusion.

RAYCO PULIDO (b. 1978) is a cartoonist and teacher from Spain.

Fans of noir and macabre comedies will enjoy this darkly humorous story.
— Booklist

The twists are satisfying, the suspense is palpable. ... a deceptively simple mystery that creeps up on you, knife in hand.
— Comics Bookcase

Ghostwriter demonstrates why Pulido is one of the essential authors of the moment.