Dragons of the North Pole (Hardcover) 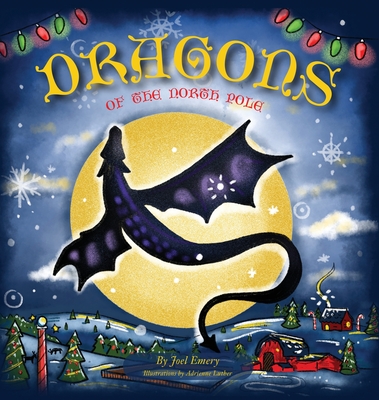 By Joel Emery
$26.95
NOT CURRENTLY IN THE STORE - Available to Order - Usually Arrives in Store in 1-5 Business Days!

What If You Could Uncover the North Pole's Greatest Secret?

Each December, Santa Claus receives billions of letters from children around the world. Penned by those who believe they belong on Santa's "nice" list, they present an inventory of all their hoped-for toys, address it to the North Pole, then cross their fingers.

But seven-year-old Benjamin didn't care about any of that. Instead of composing another standard list of wishes, he needed to know more about the one subject he loves more than any other:

Dragons, the world's most misunderstood creatures.

That year, Benjamin discovered one thing most of us don't - that jolly old St. Nick has a special place in his heart for these animals, too. In the stables and caves surrounding Santa's workshop, elves have been raising dragons for centuries.

Moved by the boy's belief, Santa sent Benjamin an extraordinary gift. He and his elves collected some of the only dragon artifacts ever to leave the North Pole - many offered up by the dragons themselves.

And here, in a rare personal letter written by Kris Kringle himself, you can learn all about the earth's last living (and definitely not mythical) creatures:

- And many, many more

As you read about these fantastical fire-breathers, you'll also find out about the magical properties present in Benjamin's chest of dragon relics. Plus, you'll get to hear about the adventures the elves experienced as they collected these mysteries from Santa's private collection.

Accompanied by colorfully whimsical-and totally accurate-field-drawings, Dragons of the North Pole will deepen the magic of the holidays for children of all ages.