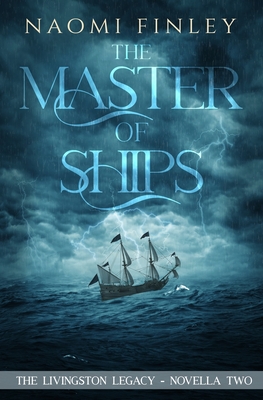 By Naomi Finley
$6.59
NOT CURRENTLY IN THE STORE - Available to Order - Usually Arrives in Store in 1-5 Business Days!

CHARLES HENDRICKS flees to London after his wife gives birth to a child belonging to his younger brother. Devastated, he numbs the pain with drink. Leaving a tavern one night he stumbles upon a cloaked female figure lying in a dark alley. Charles helps the stranger, unaware the chance encounter would eventually alter his life forever when hidden secrets and feelings are revealed. A few years later, he returns to London to search for this woman with the goal of setting right his wrongs of the past. Imprisoned by fear, will unraveled secrets change everything for Charles after he finds her?

ISABELLA became smitten with the handsome but troubled businessman from America who rescued her. He fled just as their flourishing friendship turned passionate. When the apprenticeship system is abolished, Isabella has no choice but to create another life for herself. She disappears without a hint of her whereabouts, carrying a secret with the potential to ruin everything Charles holds dear. Time passes when an innocent outing finds Isabella reliving emotions of love and abandonment she thought were buried. Can she still find the peace and safety she so desires? Or will fate continue to unleash a life of inescapable affliction?

A Slave of the Shadows Book One

A Guardian of Slaves Book Two

The Black Knight's Tune Novella One

The Master of Ships Novella Two

The Promise Between Us Novella Three

Novels can be read alone or with the novella series. The author's shorter works are best read in the suggested order.