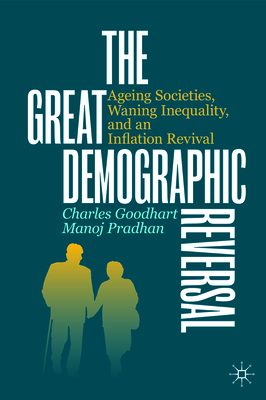 By Charles Goodhart, Manoj Pradhan
$29.99
NOT CURRENTLY IN THE STORE - Hard to Find - We Will Research Availability and Get Back to You

Charles Goodhart was appointed to the newly established Norman Sosnow Chair of Banking and Finance at the London School of Economics (LSE) in September 1985, which he held until his retirement in 2002 when he became Emeritus Professor of Banking and Finance. He has remained at LSE at the Financial Markets Group, initially as Deputy Director, 1987-2005, and now a member in charge of the research program in financial regulation, 2005-present. He was elected a Fellow of the British Academy in 1990, and awarded the CBE in the New Years Honours List for 1997, for services to monetary economics. During 1986, he helped to found, with Professor Mervyn King, the Financial Markets Group at LSE, which began operation at the start of 1987. For the previous 17 years he served as a monetary economist at the Bank of England, becoming a Chief Adviser in 1980. Following his advice on overcoming the financial crisis in Hong Kong in 1983, and the establishment of the link between the HK and the US $, he subsequently served on the HK Exchange Fund Advisory Committee for several years until 1997. Later in 1997 he was appointed for three years, until May 2000, one of the four independent outside members of the newly-formed Bank of England Monetary Policy Committee. Between 2002 and 2004 he returned to the Bank of England as a (part-time) adviser to the Governor on Financial Stability. He became an economic consultant to Morgan Stanley at the end of 2009, where he remained until he resigned, at the age of 80, in 2016. It was during this period that he began work on the subject matter of this book with his colleague there, Manoj Pradhan.Charles is the author of Goodhart's Law "that any observed statistical regularity will tend to collapse once pressure is placed upon it for control purposes".Manoj Pradhan is the founder of Talking Heads Macro, an independent macroeconomic research firm. Manoj was previously Managing Director at Morgan Stanley and led the Global Economics team there. He joined Morgan Stanley in 2005 after serving on the faculty of the George Washington University and the State University of New York. Manoj specializes in quantitative macroeconomics, emerging markets and global economics. He has a PhD in economics from the George Washington University and a Masters in Finance from the London Business School.