The Economics of Target Balances: From Lehman to Corona (Paperback) 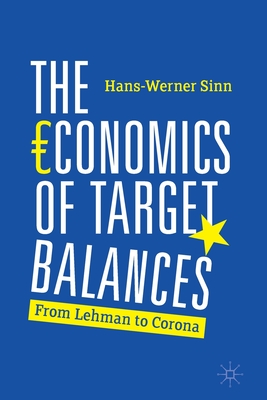 By Hans-Werner Sinn
$27.99
NOT CURRENTLY IN THE STORE - Available to Order - Usually Arrives in Store in 1-5 Business Days!

Target balances are the largest single item in some of the balance sheets of the Eurosystem's national central banks (NCBs), and yet very little is known about them by the general public and even by economists. This book shows that Target balances measure overdraft credits between the NCBs that resemble ordinary fiscal credit and which have grown disproportionately, exceeding one billion euros. There is, however, no parliamentary legitimation for the Target balances. The book sheds light on the economic significance of the balances, questions their limitlessness, and addresses controversial views that have been expressed regarding them. It uses the Target statistics to analyze the course of the euro crisis and the ECB's policy reactions from the time of the Lehman bankruptcy up to the outbreak of the Corona crisis. It analyses the credit risks involved for the Eurosystem and concludes with a reform proposal.

This book will be of interest to non-specialist economists and policy makers.