A Year of Practiculture USED BOOK 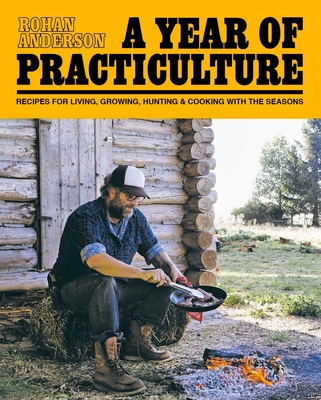 Primary Author:
Rohan Anderson
Binding Type:
Hardcover
Publisher:
powerHouse Books
On Our Shelves Now
Publication Date:
03/29/2016
Book Description:
Rohan Anderson is all about cooking and eating real food. Food that has grown with the seasons and off the land that he's tended, or wild food that can be hunted and foraged from the fields and the bush. This is Rohan's year of living in practiculture: his observations, victories and failures, questions and opinions, and over 100 delicious recipes that in total record the reality of living a practical, more sustainable life.

Rohan Anderson left his desk job in the city for the richer pleasures of living a simpler life on the land. Over the years he has developed his own principle of practical living. Practiculture is a lifestyle choice. It's about direct involvement in the day-to-day elements of living, and at the heart of it, the rewarding choice to grow, hunt and forage beautiful, healthy and sustainable food.

A Year of Practiculture features 100 of Rohan's simple, rustic, seasonal recipes along with a collection of honest stories and experiences of Rohan and his young family as they learn the realities of living a practical life surrounded by the bounty (and hardships) of the land through the seasons. Written in Rohan's passionate, funny and no-nonsense style, he uses a mixture of humor and poetic writing to tackle the deeper issues that our modern food system raises.

This is the ultimate guide to living on the land in modern times, illustrated throughout with stunning photographs of the landscape through the seasons and the recipes created from it.
ISBN:
9781576877982
Section:
Cooking
Location:
Golden Fig Carrboro